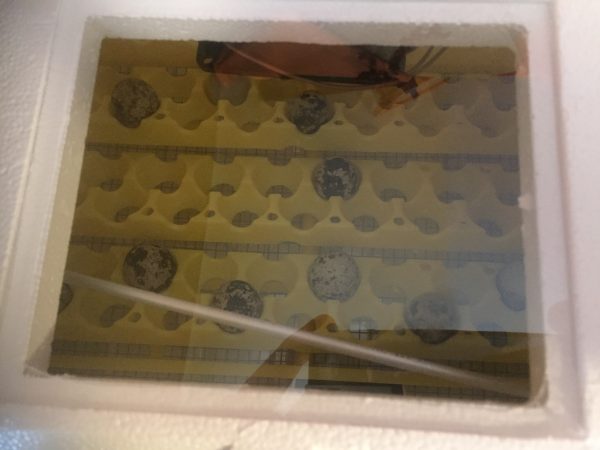 10 quail don’t lay enough eggs to fill this thing up, but a handful at a time is still growing!

Hatching quail eggs is MUCH easier than I thought it would be.

About 6 months ago, I was buying some new chicken chicks and while I was looking at them, I saw another room FULL of quail. Just thousands of them.

I didnt really know much about quail, but the folks that owned the place were super helpful and spent a lot of time explaining how to take care of them. Very similar to chickens, except these little guys can really fly, so you need to have a different enclosure for them.

So I bought 10 and brought them home, and then a few months later, for Christmas, my parents gave me the Hovabator Incubator. 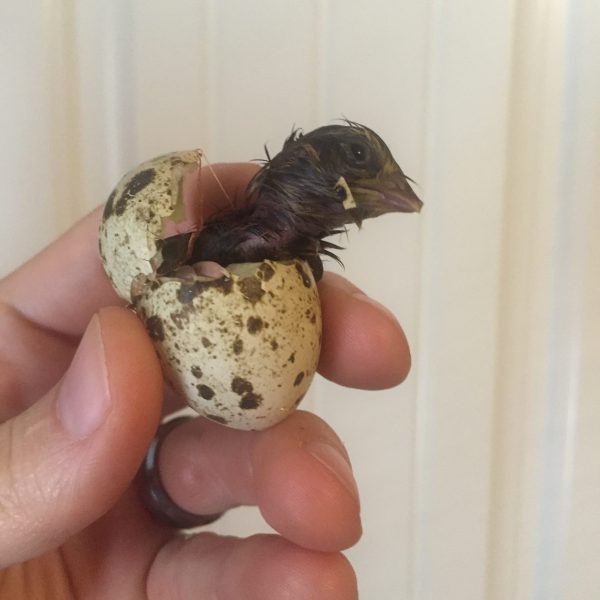 If you’re lucky, you’ll be able to catch them popping out! Its pretty exciting. Most, if not all, chicks will hatch on the same day. The development cycle is pretty spot on. But if some haven’t hatched by day 21, they aren’t going to. 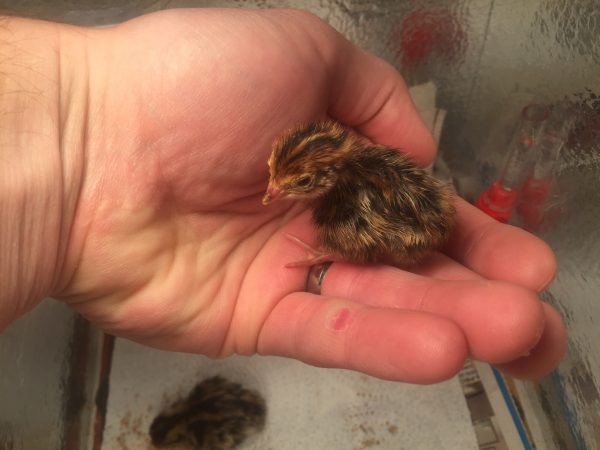 The babies hatch all slimy and wet, and you need to leave them in the incubator for another 24 hours to let them dry off. If you remove them before their feathers dry, they are extremely susceptible to temperature change. Take this time to prepare your brooder where they will live for the next 6-8 weeks of their life.

Setting up the Brooder

The brooder will need:

For chicks, they need a constant 100 degrees F the first week, and then you can reduce the temperature by 5 degrees each week.

Once they hit the point where that chart overlaps with the outside temperature, you can move them to their grown up cages. 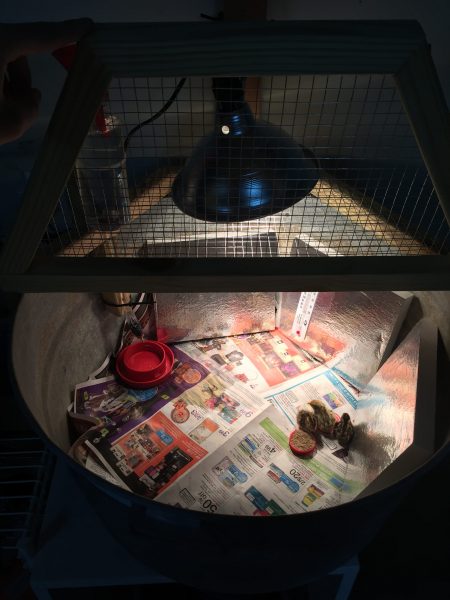 I have a separate, smaller cage for adolescent quail outside that they move into first so that they can see and be near the adult, but not get picked on. Adult quail can be very mean, and keeping too many of them together in a small space can lead to aggression, the worst of it being eye pecking. I’ve seen many quail lose an eye to violent turf battles. My wife and I decided that the violent ones get eaten first.

At about 8 weeks, they are full grown adult and will begin laying eggs shortly. These eggs are super tasty and much more concentrated in protein and nutrients than chicken eggs. Although you do need about 4-5 quail eggs to be equal in size to 1 chicken egg. They are great as fried egg bites but its hard to make a full omelet out of them.


It’s not the exact development chart for Coturnix Quail (which I have) but this chart shows the relative stages of chick development in the egg. Bobwhite quail take a few more days to develop and hatch, but the idea is pretty much the same. 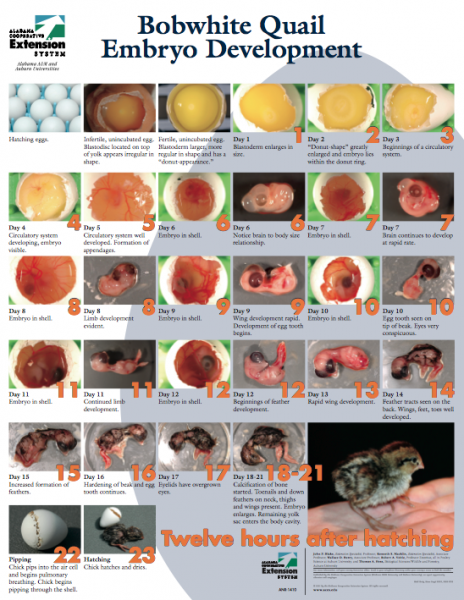